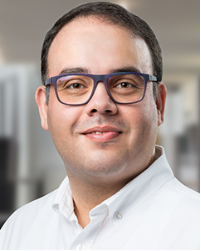 Bio: Naser Damer is a senior researcher at the competence center Smart Living & Biometric Technologies, Fraunhofer IGD. He received his PhD in computer science from the Technischen Universität Darmstadt (2018). He is a researcher at Fraunhofer IGD since 2011 performing research management, applied research, scientific consulting, and system evaluation. His main research interests lie in the fields of biometrics, machine learning and information fusion. He published more than 80 scientific papers in these fields. Dr. Damer is a Principal Investigator at the National Research Center for Applied Cybersecurity ATHENE in Darmstadt, Germany. He lectures on Biometric recognition and security, as well as on Ambient Inteligence at the Technischen Universität Darmstadt. Dr. Damer is a memeber of the organizing teams of a number of conferences, workshops, and special sessions, including being a programm co-chair of BIOSIG and a publication co-chair of IWBF2020. He serves as a reviewer for a number of journals and conferences and as an associate editor for the Visual Computer journal. He represents the German Institute for Standardization (DIN) in the ISO/IEC SC37 international biometrics standardization committee. 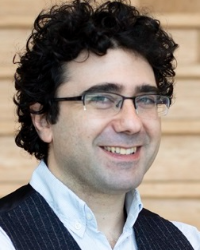 Bio: Albert Ali Salah is professor and chair of Social and Affective Computing at the Information and Computing Sciences Department of Utrecht University, and adjunct professor at the Department of Computer Engineering of Boğaziçi University. He has co-authored over 200 publications on pattern recognition, multimodal interfaces, and computer analysis of human behavior. He serves as a Steering Board member of ACM ICMI, IEEE FG, and eNTERFACE, as an associate editor of journals including IEEE Trans. on Cognitive and Developmental Systems, IEEE Trans. Affective Computing, and Int. Journal on Human-Computer Studies. Albert was the scientific coordinator of the Data for Refugees (D4R) Challenge that used large scale mobile data to improve the living conditions of millions of Syrian refugees in Turkey. He is a senior research affiliate of DataPop Alliance, a senior member of IEEE and ACM, and he is on Twitter (@SzassTam).

Abstract: Face recognition as a biometric is widely used, and provides benefits of convenience, improved accessibility, and better law enforcement. However, it is open to numerous criticisms as a surveillance technology, including problems associated with its various biases, with its potential misuses by corporations and oppressive governments, and with the psychological effects it has on the population, when people are put under constant surveillance. While there are other technologies that are potentially much more ubiquitous and powerful for surveillance (such as mobile phones, or web browsers), face recognition technology represents an observing eye, and has an uncanny symbolic power. In the last few years, we have seen an increased pressure from the public to regulate the use of face recognition in various scenarios, across the globe, in parallel with an accelerated technology push for developing systems at massive scales. In this talk, I would like to continue the discussions that started in FG'20 about the role played by the researchers and developers of technology in this debate, in the light of recent developments.